Do you ever crave something that's hard to define?

Like waking up with a desire that is 10 times bigger than yourself?

Or feeling like the emptiness inside of you is WAYYYY bigger than your actual person?

Wanting something so badly that it almost makes you nuts...
but NOT knowing exactly what is that you want?

Today is one of those days. 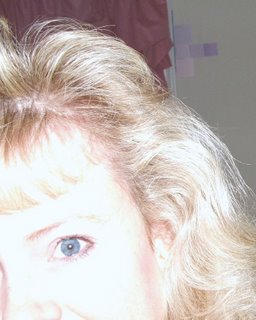 I think it has something to do with the seasons changing.
I WANT AUTUMN.
I want to feel cold. I want to wear long sleeves, and blue jeans...
I WANT SEPTEMBER and October.

But I WANT something else too- yet it feels hard to describe- ELUSIVE.

Lux wrote the other day about being MINDFUL-
X said something about an altered state of consciousness.

Being mindful when we touch another- being PRESENT when we reach out- I think- is the altered state, the rarer mindset we PUT ourselves in.

I sometimes fail to connect with the people around me.

I WANT to FEEL something other than the heat of this summer that has withered me.

The heat of this dry spell in my closest friendship/partner...and in my writing...and in my cooking...I want it the drought to end. 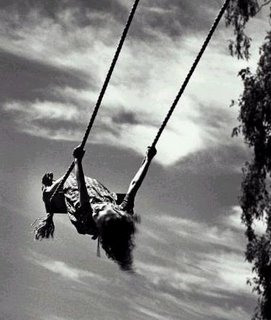 I felt the slightest hint of a cool breeze when I opened the garage this morning- something in me jumped.

I got chill-bumps. As if an unexpected guest or friend had kissed me- and vanished.

And I wanted more.
I wanted so much more that I thought I would burst. And then the feeling was gone.

CS Lewis called these intense moments of feeling "Joy".
He said the moments slipped away almost as soon as he began to recognize them- and then he wished with everything to have the moment back. I KNOW what he speaks of.
To him- this longing was evidence of HEAVEN~

It reminds me of when I was a child on a tree swing- and how elated I would feel as I was pushed forward high into the air- being touched by the blue infected will of the sky...and falling back safely- and looking forward to the next push. 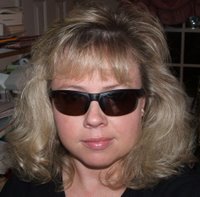 Soaring...laughing...joyful- I want all of these-

But today I am grounded, quiet, longing~

I realize things could be much worse! :) 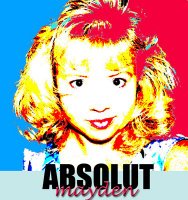 Well, if a breeze is what you long for, I'm sure the wind will make a second appearance soon, if not soon enough.

Joy is one of those things that tease in life by its very nature. Were it a constant companion, we could very well find it tedious.

Mayden, your list of wants are my waking thoughts, and my midnight cover.

That which you crave may be difficult to define. But the craving itself. You've captured it so well.

Finding your words, so perfectly capturing the feeling, is one of my bright spots today.

Cosmo- as always- it is lovely to see you here~ :)

Lady W- You are so kind. Thank you- for letting my thoughts be a bright spot in your day. I'm off to take a bubble bath and give myself a pedicure! :) No doubt I will feel better aftwards! :)

i have a feeling sometimes that i'd rather go backwards..

Schaumi! LOL :) Thank you...confirmation that I am in such good company!
Days like this one are so strange to me!
I love the fall/winter/spring...
The summer I have only begun to appreciate since I've gotten older-but I lose my patience with it before it's over.
I can't wait for fires in the fireplace, and thanksgiving, and Christmas...and valentines day.

I thought of you and your last post as I wrote this one...I almost said- "Schaumi will know what I mean!" :) Thanks for saying so :)

but for some reason i don't want this summer to end. is it too hot? lord, yes, although certainly not like it is in the triangle. i'm still listening to the quiet and I do feel a sense of contentment in doing so..

i second your emotion. i like coats. i like the feeling of armor. grrrrrrrr. now, you know i am going to use the mayden behind the dark sunglasses. love it!

My dearest Mayden, I love you, but thou art killing this teacher with wishes for September! ;)

i always get that looking forward feeling toward the end of each season, so, looking forward now to the coolness of the fall, geese overhead, thanksgiving, pumpkin pie, wearing a sweater again, even the smell of the dying vegetation -- earthy and solid -- it's all good...

not having to bbq, mow the lawn, water the flowers, paint the trim, sleep with a fan... that's a fan, not a groupie... bathe every day... oh oh, this is way too much information ;)

I...am longing for everything you have written so poignantly....

Enemy of the Republic said...

A. Tell the pooch to take the test on my blog.

B. I know that feeling. Some call it ennui, like boredom, but it isn't that--it's longing for something real when you feel your life is devoid of it and you don't know why. It's not that anything is particularly wrong, but something isn't right. Autumn is my season as well, and this heat has been one bummer. I know what you mean about being emotionally present: to me that is what love and friendship are--maybe that is why I can be hard to know, because I want a real human experience, not just going through the motions. You mention Lewis (I must read him) and you remind me that there are times in worship, be it church, my own devotions, walks in nature when I thank God for beauty and creation, that I get those feelings. But they leave so quickly. In my case, it can be some self-esteem issues plus perrineal worry, but I also think it's because of work that I am not always mindful. This is why I pray every morning and every evening, plus I keep a prayer journal, so that I have a sense of what I may be here for. God bless you, Mayden.

Sometimes is the feeling of good news. Good news have cool breezes before they arrive. The longing feeling is like an open net that will catch good things and filter out the saltiness of worries. Appreciate how fortunate you are to have such feeling because some can not feel at all.

The pursuit of those moments is a very worthwhile endeavor. Good luck on your journey.

Miss E~ I understand your chagrin...but the fall and winter hold joys for you (in little Jack) like none other! :)

/t- There is a break, isn't there :)
I think we humans forget how the rhythm of life works- the seasons remind us that there is a time for work, and for rest, and for harvest...we weren't created to RUN the way we do- in my opinion :)

Lux- Friend...I wish I could've been with you to celebrate- but I was there in "Spirit" :) lol~

EOR- you said it so much better than I... I am out of blance- and prayer does help me/us to center and focus...specifically on something other than ourselves. "A God sized void" cannot be filled by anything but Him- but we do try, don't we...

Q~ I "felt" every word you said- in the open places of my heart, and in the closed corners of my soul. Sometimes it is hard for me to appreciate so much feeling- but you are utterly correct.

Cool breezes come before good news...a herald of sorts- I love the whole concept of that. History is full of it :)

Iamnot- Hey- your area and my area were on a top 10 places to live on the news yesterday! But I'd die in AZ- it's too hot! Va made the list too ;)

Anon- Thank you...and I love my fellow bloggers- they have added much to my life. I drive slower and even wear my seatbelt correctly because of some of them :)
I'g glad you came by~

OMG LOVE the bottom photo!!! How in the world did you do that? lol

I hear you and you did a really great job of expressing yourself. I actually put on JEANS today. REALLY!!! Its the middle of August in Freaking Florida and I am wearing jeans. It was a need. I just needed to do it for myself. I had a candle burning at breakfast and as I sit here at 3:05pm I am having a glass of really really good red wine. I just had a need. It was definitely one of those days for me as well. I am not sure why we get them, I just know that I have chosen to indulge myself today because I am needy and frankly no one else is gonna do it! lol

Be good to yourself Cora!

Kate- K9 is the master artist...this is our last week of united bliss and he is lavishing me with prints, and art, and love letters imbedded in paintings. Go over to his site- you won't believe what he has done.

/t~ :) Sometimes my loved ones post Anon (like dad!) You never know :) I think there was a mis-understanding- I know he did not mean to offend anyone...
But it means a lot to me that you drew your sword! Be careful though- you might end up with a Mayden on your hands for a month or so! :)

judging noone like that judges all, unfairly, and the anonimity of the post made me see K9's red -- sorry

Fair enough and I totally understand- /t :)
I am lucky to have you...

oh'...I sooo felt that spirit last night at the Blue Onion Bar...ha!ha!ha!...And I did dedicate I bottle to you.... another to Schaumi..another to Kate and another to X Dell of course!!..yaaaah!!

have a great weekend!

Been thinking about this beautifully expressed feeling all week! What do I want...writing poetry gets me pretty close to that place, sometimes.
I love "blue infected will"--only you could think of that!
Thaks for sharing what we all feel, but don't always have the words for...