Tomb Raider on the 38th Parallel 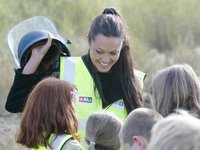 It's Angelina Jolie's fault I became interested in the Korean War.

A few years ago while filming a movie somewhere in South East Asia she encountered a lot of adults and children with missing limbs. They had been victims of landmines.
She made it her mission to spread the news about the dangers of landmines and urge all countries, the US specifically, to sign a landmine ban- to keep this weapon of war from being used again in the future. She was quoted as saying,

"The most upsetting thing is that the US is a leader in the world, and if they don't sign, then how do you expect to convince Russian and China and Iran, Pakistan, all these other countries, to sign? They simply won't. (The US government) feels it's against their constitutional right to bear arms, or they've said that it's needed in North and South Korea, on the border. I don't think any of these are good enough excuses for the damage."

Being a fan of Miss Jolie and of little kids all over the world, I figured I must also took a look into the landmine situation in Korea.

My inital questions were simple, "Why are there still landmines in Korea?"

My 2nd question was, "If the landmines have been there since the 40's and 50's, aren't people aware of them and keep their kids out of harms way?"


Well...not everything in life is as simple as my little mind would like things to be. Here is what I discovered... 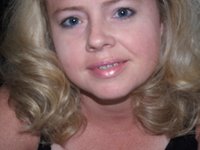 In the late 1940's Communisim was all the rage in Russia, and the Russians had been expanding their territory as best they could. Sometime during the mid- 1940's the Russians had wiggled their way down into N. Korea...see the map below and the little strip of land that connects the 2 countries: 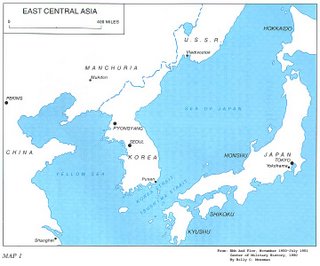 I had always thought it was the communist Chinese who had been perverting the poor North Koreans, but I was wrong! At this point in time the Chinese were not offically a Communist country. American troops went into the southern part of Korea to keep the Soviets at bay. Unlike the sweet baby that was spared by King Solomon, the appendage country of China was split in the middle, right along the 38th parallel. The 2 forces went at it for 4 years. Tired, battle weary, and neither side making any progress, both the Soviets and the US withdrew their men.
Poor Korea, like a pitiful, innocent bit of a girl--had been used and abused and then abandoned by the 2 great men who fought over her. The country was terribly divided, vunerable, and at the mercy of whatever, or whoever might take the lead in the next dance. It was assumed that the "division" of the country would dissolve with the US and the Russians out of the picture, but that did not prove to be the case. A communist leader named Kim Il-Sung took a postion in the North, and the less developed south was led by a man named Syngman Rhee. Rhee was not in a postion of strength.

Sometime between 1947 and 1949 all of China became a Communist country. The Nationalist Chinese leader, Chaing Kai-shek, was defeated by communist Mao-Tse-tung. Chaing fled to Formosa in 1949 and established the government known today as
Taiwan.

****Landmines, I thought this was about landmines!!!! I'm so bored with this I'm ready to step on a landmine!!!! More pics of Angelina? How about another pic of me???? 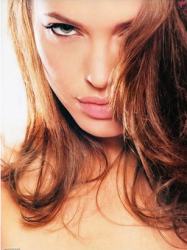 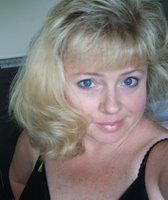 OK...Back to the landmines...and who planted them along the 38th parallel? The Americans, or the Koreans, or the Soviets?

I'm rambling here coz' I really gotta'go...see yah later coz' I'm giving the kids a quiz he!he!...they aren's expecting to get one today...he!he!...I love the look on their faces when I say.." please take out your quiz notebook"...hear the groans!!!...yaaah!...

Lux :) I was at your blog today making notes of movies and books you've watched and read so I can see them too! :)
I am terrible about watching movies, I just have a hard time picking one out, and I thought you would have good suggestions.

Have fun with the Quiz :)
(I did not edit that photo...but I think the flash made my eyes stand out a little more. They are really a deep, almost sapphire blue...nothing special- I promise! :)

Hope you have a great day :)

American Nobel Laureate Jody Williams and Princess Diana were also two other notables who advocated for landmine treaties and removal.

hello again...just got back from school...gawd!...there was a really horrible kid there!...Like straight out of OMEN...loony!...But I acted the part of the exorcist and set him straight hah!!...

I'm thinking of watching Over the Hedge"..I dunno if it's still showing...and also one by Keeanu Reeves and Sandra Bullock...hmmmm...wonder if it's showing already...or has been shown...

My fave of all is Under the Tuscan Sun...with Diane Lane in it...Like if there is one character who played me...as in my full personality...my quirks...my expressions..even that certain look of confusion...it was the character that Diane played in that flick...plus the view of Tuscany was really heaven...

I'll have a bite...will be back later!

Friends...I am learning something here. I know I studied this when I was younger, but it meant nothing to me.

The fact that it took an actress, worried about little kids arms and legs being blown off- to get me to read about this period of history is ________ to me (couldn't pick an adjective! "fasicinating, shocking, thrilling, worrisome, alarming, irritating, wonderful"--you see my problem!)

Political differences aside...I want to know what you think as I unspool the events the way they are recorded (X~ I am using several different sources--including my history book from 9th grade! lol!)

Lux, being somewhat closer to the area...how does any of this affect you, if at all?

X- being a teacher, well read, well traveled...and I think on the other side of the political fence than myself (I'm still nuts about you though! :) I will be interested in hearing what you think about "limited war"--when I finally have time to write about it.

IAMNOT...keep talking to Angelina. However, she probably needs advice on how to manage 3 kids, and you know all about that! lol!

My Step Father-in-law, fought in Korea. So I actaully have someone in my life who was there and can shed a unique perspective on this post.

Thanks for being here, bear with me as I work through this...it could take a while. I'll be gone all week next week.

Angelina Jolie is a skank. I am glad to see that she stands for something. But I think I would go for backing Lady Di (at least she had integrity). It is hard for me to have any love for most of Hollywood. Everything these actors do is all about getting their name out and more publicity. It is hard to see what they really think or care about, they are actors all the time.

I don't know any actors personally- and really there are very few I'd choose to meet...none actually that I can think of.
Hollywood has "left" a bad taste in my mouth overall--
Actors though, like the rest of us, have their place in the food chain I suppose.
Princess Di? A woman of integrity? Hmmmmm. She was young when she married, to an older and very wealthy man...she was inexperienced in the world--her husband was VERY experienced. She was a virgin--he was most assuredly not...
I suppose the integrity came later...when she wasn't making her self sick to be terrifyingly skinny, or trying to kill herself.
Yes, quite the rold model for me or my daughter!
She did realize later the power she had to sway public opinion and public funds to help those with AIDS, and starving children. Diana was a real person, with real problems, and a real heart for suffering--she could relate.
Whether or not that gives a person integrity--I'm not sure.

Suffering does change a person though...

Thanks for the understanding, Cora. I don't know if there are two sides to a political fence, or what they are. I'm only guided by my sense of fair play, not by an overreaching dogma or ideology.

As long as you don't interpret my reemarks as an attack against you (I'd just as soon unplug my keyboard than to write something that seems like an attack against you), then I'll respond candidly to questions of that type. Just keep in mind my esteem and respect for you as an individual.

As usual X~ well said and fully understood on my part. I appreciate your honesty and candor more than I welcome your protection of my feelings--in the political arena at least.
And you are nothing if not a man of tact and thoughtful in prose.

mayden-the korean war is fascinating, isn't it? i feel awful for the people that fought there, that really IS the forgotten war, isn't it? & isn't kim jong-il the scariest person in the world?

Yes Libby...it is terribly interesting, with the influence of China, the Soviets, the Japanese (who had come there when the US bombed the hell out of Japan), and then the poor Koreans who called it home. And the fact that Communists- like some Christians I know- aren't all the same, and don't care for one sect or another...only their own. Further more, the US went to war under the guise of a "Police Action (rightly or wrongly)...to bypass Congress.
Yes, the deeper I look, the more I understand the phrase "History repeats itself".
I can't wait to finish writing this...but I've been reading blogs for the last hour! I left a note at yours about the same time you were leaving one at mine! LOL :)
Thanks for stopping by :)

This is good information to post, cora. I hope you continue with this soon.