Darlin' Baby Girl, love you more than all the world... 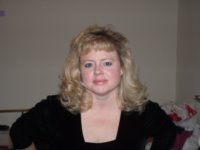 Within the last 24 hours some interesting things have come from the mouth of my 10 yr old.

The first statement or question she asked me was while we were shopping...And she said,
"Mom, why do they call it Seizure salad?"

I looked at the bottle of Caesar salad dressing she was holding and had to bite my lip to keep from laughing as I explained how to say it correctly, and who Caesar was...and not the same guy as Caesar Agustus from the Bible...and why did he have a salad named after him anyway??? I didn't have all the answers on that one!

The 2nd thing she said was a total slip and gave me a peek into that little mind of hers that works like a steel trap... See, I have known for sometime that Juli processes things differently than most people. In some ways she has my problem with hearing a word...seeing it's meaning, and then coming up with something that better defines it. This is great if you are a writer, because the meaning of something has made a deep impression on you that you won't forget...it is not so good when you are trying to recall word for word something you heard or read.
Her slip was this:

I nearly fell on the floor laughing..."You DRANK a joke???" Now, I understand what she did because I do it often,and I could really laugh at how funny her statement was. Other people would not get it I am afraid. She meant to say, "I heard a joke", but it was more than that...she had "injested" it. The joke was in her and dying to come out. You may not understand, but that's ok...just be thankful you don't have to live with either Juli or me!!!

The 3rd thing she said came after I had made her mad about something. She was being silly and I kind of brushed her off, and she was a little offended. She said:

I can only imagine what that meant. Coffee doesn't cry...but I guess that was the point, huh???

Oh my...she is only 10, and I may have actually met my match in the battle of words and wits in this child!!!

You need to give her the word "grokked" for her jokes!

Some times no other word will do.

And I totally got (grokked) what she meant.

Too cute. Isn't it amazing to watch them grow. Motherhood, what a trip!

Grokked...love it Val!
And yes, Malinda...it is amazing and wonderful, and difficult too.
They just grow to dang fast!!! :)