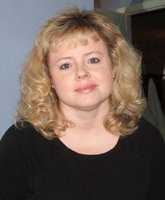 Some of you know that over the last few years I have lead a "Letter Writing" Ministry through my church. In a divine moment of inspirtation it occured to me that I could do the thing I love to do most in the world, writing, and use it to help and encourage other people.

I asked a few other ladies to join me and we would write to people who were sick, or had a family member in the hospital, or send little kids birthday cards. We sent a lot of cards to people we didn't know but had been given info about them via prayer requests or through the church office.

Eventually we expanded the ministry to include soldiers. This was one of the most rewarding and difficult groups to write to. We wanted to write to soldiers that someone in the church knew personally...and not just write to random men and women in the service. It was important to me that we had some kind of a personal connection to this group, because I felt that these letters would be among some of the most important we would send.

I only knew of one soldier personally that I wrote to, and he was a friend from school when I was growing up.

So, to get to the point of my story today...
Last summer a bunch of new women members of the church came to my house one night for a ladies meeting. I was sharing about the group I led (called "Love In A Letter) and I always asked 2 things, 1) would you like to join us? and 2) do you know anyone who is serving our country that we could write to?

One lady started to speak, and then filled up with tears. She had to take a deep breath and try again. Barely able to keep her composure, she explained that her son was in Iraq...he was 20. She was very proud of her son, but it was amazingly difficult for her that he was so far away and was not in the safest of places. She gave me his address and the addresses of his friends in his unit. In all we had about 7 new people to write to...and we did! We wrote to all of them.

This morning, in the newspaper, on the front page of section B....There he was, the son of the woman who had been sitting in my living room! He had come home in December and was honored yesterday in a Freedom Salute ceremony for the Butner based 217th Personnel Services Battalion. (go to www.heraldsun.com to see the story "Guard members get freedom salute).

I was so touched! I held up the paper and showed it to T and the kids and said, "I wrote to this guy! I met his mom and got his address and sent him a letter in Iraq!"

Silly isn't it? Maybe. I prayed for this man, a person I've never met, to come home safely and to see his mom again. I prayed for peace and protection of him and the people aroud him. And then there he was in the newspaper this morning...and all my prayers for him had been answered.

can't tell you how much those letters mean. the part that hurts me is watching when the kids don't write back. for christmas i set up a program so alot of the guys here got extra packages. i had to go to friends and family and ask for help, and some of those folks have sent emails asking if so-and-so got the packages and how they were doing. i want to strangle some of these guys for not taking a few minutes to write back, especially when i saw the joy in their faces when they got the packages and cards and letters. anyways, for all those people out there who take part in programs like this, know that just because we don't always show it, doesn't mean that we weren't really, really appreciative of all your efforts.

it's good to have those sweet moments...

and it good that people like you are writing our soldiers.

do they ever write back? Do some of them want pen pals?

Sean, your thanks is more than enough, and more than I looked for.
I never wrote to anyone with the idea that they would write back...heck, you guys are fighting a war! And I know in my heart that the letters mean something. It's a good feeling to know that you touched someone out there in the world who doesn't need to say thank you--because really, I was thanking them.
Sean, if you have someone in mind that could use a letter...you know where to send the address :) And if you decide to have a drive of sorts to get items to the soliders...let us know. There are quite a few of us out here who would like to help...I find that most of us are just looking for the connection.

Doc-t...my friend from childhood wrote back to me, and he has since come home. I haven't seen him, but I was thrilled to know he was back with his wife and kids..And there is another group of people who don't get all the support I'd like to see them get, the moms and children.
I would write all day, everyday, if I could! :) Got to cook and clean at some point! -Cora :)

sometimes i wonder...is what i'm doing making sense at all...can i do something more...something real...do i even have the talent to?...

there was a time that i believed God uses me to expand his kingdom...now i don't know anymore...

i know how you feel with what you do...i used to feel that way too...

Prism,
Because of my husbands job I have given up a bunch of things I used to do, mostly because he is working all of the time and someone has got to take care of the kids with their full attention. I'm also trying to get a book (childrens) published this year and I wanted to focus on that too. My kids are not as big as yours, but it won't be long, and I am wondering-as you are- what can I do to make a difference in this world?

You know, when all is said and done, at the end of our lives I do not think we will regret the time we spent loving the people around us. It won't matter how many books I've written, or how few of them were published, rather...how much did I love my kids, and family/friends, and the people who crossed my path? And that includes people we meet out here in the blog world. Who did I touch, who did I encourage...who did I love with a pure heart?

Who we love and how we love is what makes a difference in the world. It is not an easy task, but as a friend recently told me...the things not easily gotten are the things most sought after.

Yes...I'd say you and I are both seeking an elusive prize Prism! Lives full of love and meaning :)

I also wrote a book...a children's book...maybe I should consider seriously having it published..

I wonder if I have loved enough...

What a great story. And, from the comments, so glad you too read Sean.

Soldier or normal folk, no matter how old we get, a REAL piece of mail, a REAL letter from someone, ANYONE is a real joy. Real postal mail is so rare anymore.

Kudos to your group for the happiness you are bringing so many.