Not a cheese sandwhich Phos... 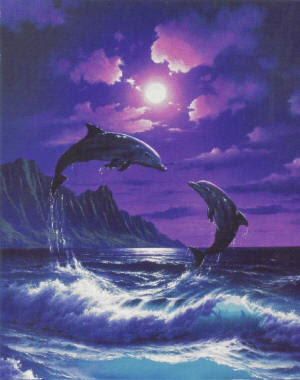 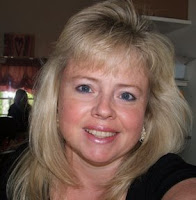 the silliest dolphin (porpoise?) I ever saw was while at Myrtle Beach. Parents both hollering at me to get out of the water, get my fake, styrofoam surf board and head for the car.
I'm thinking, as a nine year old, one more run WAY WAY WAY out there. Maybe if I go really far out there I can surf in.
All day, no surfing to speak of. Just paddlin my butt of, grinding to a stop on the beach.
So, I run way way WAY WAAAAAAY out there.
Just as I feel the Earth pull away from my feet, not more than seven, eight feet in front of me, a great fin arcs the surface of the water!

I turned, and I do not exagerate, walked on water for a good fifteen, twenty feet, big ol feet looking more like a windmill toy from the carnival sitting full face into a fast wind.
I mean, sister, I was flying, I'm sure!

Of course, my brain was saying shark. It's 1959 and pretty much all I knew about sharks could be put into a simple sentence.
I don't know from sharks at all.

The funny part? (You KNEW there had to be a funny part, din't you?)
The funny part is it didn't deter me one iota from swimming anywhere anytime.
Ocean? No problem.
Lake? No sweat.
River, creek, pond, or swimming pool, hey. I can get wet, too!
Then I saw Jaws.

Since seeing that movie I have never volutarily been in water higher than my head.
In fact, I don't even go into swimming pools. ("Thunderball", a007 movie had sharks in the swimming pool.)
In Fort Wayne small dogs started disappearing in the St. Mary's River turned out to be someone's throw away Oscars (A REALLY mean fish)
Saw a special on PBS aboiout Killer Whales, a really great show, but, at one point, while a group of seals were lounging around on shore, a great fin rose up from the ocean and began powering its mass toward the shore, seals squakking like all get out, running for higher ground, one was slow, still a seventy-five yard distance from the water....
The whale came out of the water, lunging forward toward the now frantic seal, and it grabbed the poor thing, biting it and dragging it back out to the water....deeper, deeper, way out to where its mate and their baby was waiting and together the two adults taught the baby how to capture, kill, and eat prey.

So, if you come to be a dolphin, well, the only thing I can think is, keep the blog so we can still communicate, but, I AIN'T COMING IN!

i'll bet
boneman could
have taught peter
a thing or two, eh???

Can you type with flippers??

Could you drink a Maitai through your blowhole?

why do i keep thinking dolphin steak?
you know .. dolphin fish .. mahi mahi ..

but anywho ..
if i had to be an ocean critter, i think i'd want to be a dolphin too..

Dolphin's not bad. At least you'd still be sentient.

A very beautiful picture of the dolphin.

What's wrong with cheese sandwiches? I really like 'em.

The only reason I eat canned tuna is on the off chance there might be some dolphin in it.

On a bitter note, I get very sad that the cost of being able to swim with dolphins is so expensive! Though I have to admit that if I am going to swim with a sea creature, I may end up opting for the shark cage first. :) What can I say? Shark Week on Discovery Channel is like a holiday week to me! :)

Showing off my new avatar...
but, I guess this is the kind from around that ways, ain't it?

Hmmm. Y'know, only just now did I realize that some bears swim in the ocean. Dang! Maybe this isn't such a good choice....

Flipper, Flipper, world full of wonder, lying there under, under the sea!!!

I always took She as more of the wiener-dog type, hmmm...